Offering shows in U.S.A. (any region); internationally (any country)

The American Magic-Lantern Theater has been touring for many years throughout the United States and the world, from Lincoln Center in New York to Singapore and to hundreds of venues in between.

The shows appeal to adults and children six and above, are fast-paced and fun, and can be tailored in length and content to fit almost any situation.

Other lanternists performing in U.S.A. 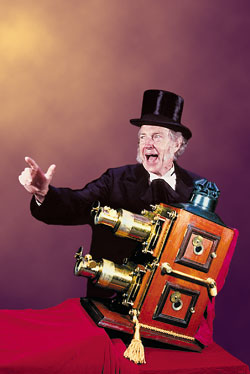